These incidents are more common between the months of November and February. Most incidents (94%) occur in residential properties, with 73% in one- or two-family homes. Carbon monoxide alarms are more common in the early evening hours, peaking around 8:00 p.m. In 2008, there were an estimated 189 carbon monoxide poisoning deaths associated with the use of a consumer product in the U.S..  While some poisonings are accidental due to failure to observe safe product operation like generators, it can also come from household appliances.

According to the Center for Disease Control, “CO is found in combustion fumes, such as those produced by cars and trucks, small gasoline engines, stoves, lanterns, burning charcoal and wood, and gas ranges and heating systems. CO from these sources can build up in enclosed or semi-enclosed spaces. People and animals in these spaces can be poisoned by breathing it.” 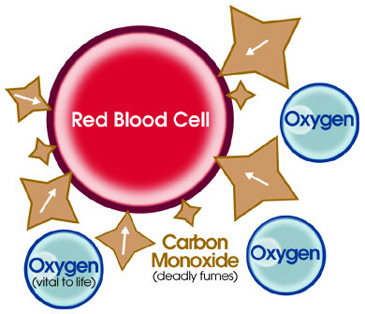 Since 2005, the Majors have successfully built upon the Cunningham’s original philosophy and have continued to improve and innovate; elevating Cunningham Security Systems to the premier local security services provider in Maine.